Congratulations to Marc Thomas (Veteran) & Paul Robson (Vintage) who are the Y & D Champions for 2016/17.

The finals night was a most enjoyable occasion at Wigginton with players from 4 clubs represented. Although a small competition entry , the matches were played, as always, in an excellent spirit with some competitive squash. Hopefully with a little more planning from all Y & D clubs we can better support these competitions in the future. A 16 draw in each competition should be a target for next year!

Needless to say there was nothing left in the locker room when the players went on court for the matches through the week. 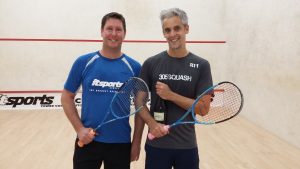 The Veterans final was won by Marc Thomas (Railway Institute) who beat Angus Clapham (Wigginton) 3-0 . A high standard of squash which the score does not reflect, Angus was well up in two of the games only for the experienced Marc to claw his way back and pip Angus to the winning post. 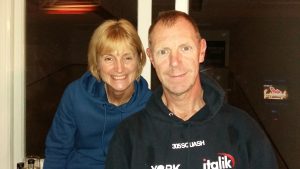 The Vintage was won by Paul Robson(York) who beat Nicky Horn(Stillington), the first lady to reach a Vets or Vintage final. Paul has not been playing much team squash this year but did not really put a foot wrong in his 3-0 win over Nicky, who’s racket control and shots are second to none but is obviously struggling with a knee problem. Hopefully an operation later in the year will put her back in full action! Then we (the Lads) are in trouble again!!

Well done to everyone and thanks for making it a very enjoyable social night at Wigginton SRC. 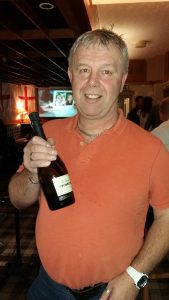 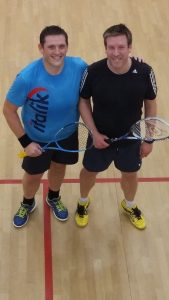