Pocklington 1 beat RI 2 to win the Riley Cup at York Squash Club last Friday. The individual results were as below:

No 5 – Saw a strong start from RI’s Paul Benson who was a 3rd team reserve against Pock’s Mark Smales going into an 11-3 lead, only to be beaten 15-14. 2The nd game saw a reversal of this with Mark going into a 8-1 lead, finally winning 15-10. Everything was going quite evenly up to 6-6 in game 3, until Mark closed it out 15-9.
No 4 – This was probably the most evenly matched game with RI’s Luke Madge up against Pock’s Adam Hemmingway. Both players had similar styles, retrieving and moving well, and thee was little to split the pair.

No 3 – RI’s reserve Brian McRobbie played his experienced tactical game against Pock’s Darren Eccles limiting him to 5, 6 and 11 points in the 3rd game as Darren tired.

No.2 – Saw RI’s Adam Benson up against Jerome Remblance. Adam played a very canny game knowing consolidation was required limiting the frustrated Jerome to 2, 6 and 8 points.

No.1 – Pock’s experienced Alastair Dick also knew what was required here against Dan Adams at 1 in the absence of John Henderson. Dan clawed back from 11-14 down to win the 1st 15-14. With Alastair not making the same mistake twice closing the 2nd out 15-10. Dan rallied in the 3rd as he knew he needed to winning 15-5 against a tiring Alastair.

Handicapping this game was difficult with Pocklington at full strength and RI missing 3 team regulars, but Pocklington did win 5 games out of the 15. In the end the handicap was set at 65 giving Pocklington a winning margin of 15 points i.e. 1 point a game.

Thanks to the players, York for hosting and Brian Godson for ably handicapping the tournament throughout. 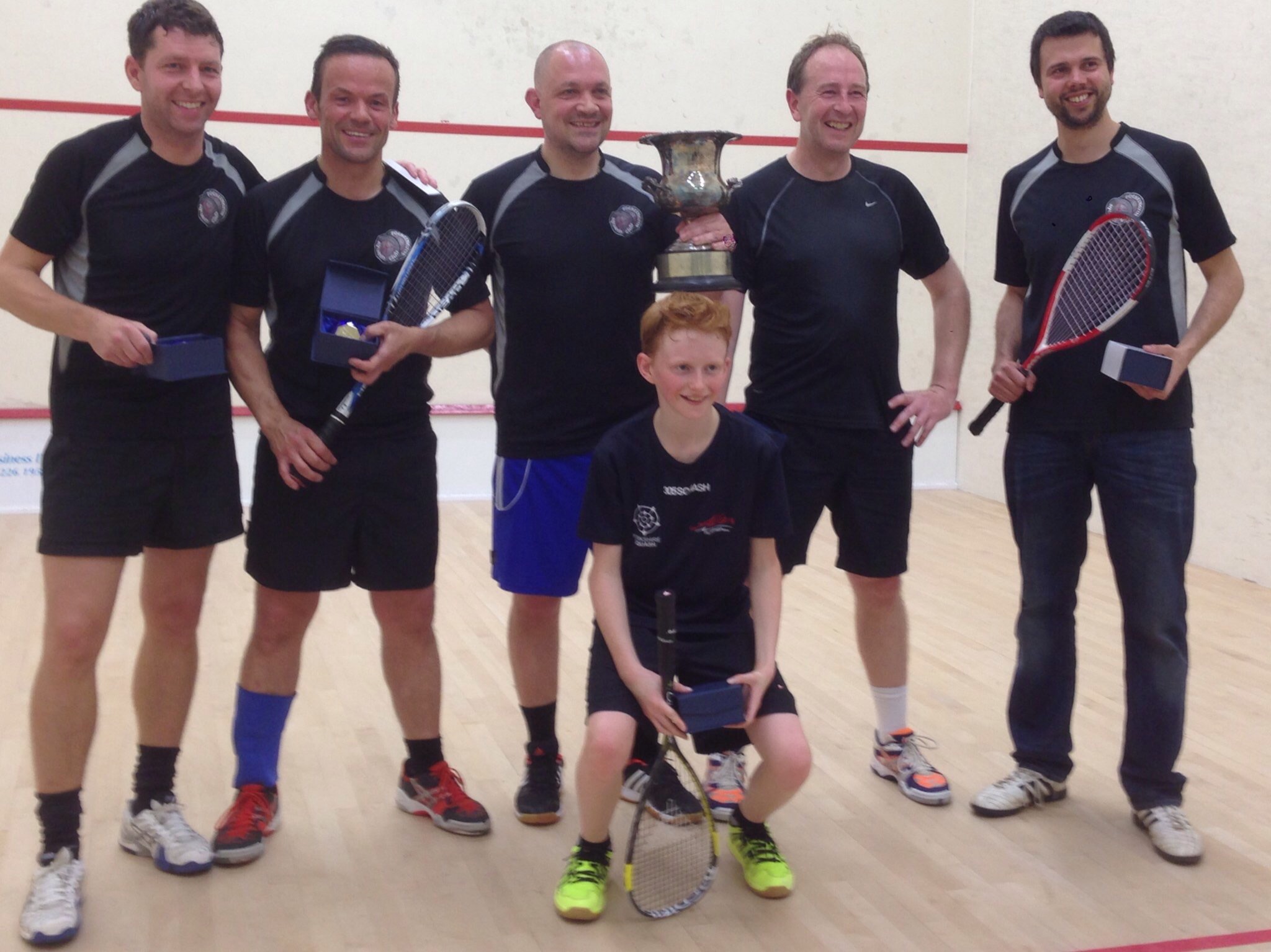